The survey revealed that awareness of cyber risk is on the increase, but that convenience overrides risk when it comes to data privacy concerns.
Africa’s mobile users are increasingly concerned about mobile risks and the potential for digital identity theft; however, this is not stopping them from using their favourite messaging platforms and applications.

The KnowBe4 Africa Mobile User Privacy survey gauged the opinions of Africa’s mobile users on the recent decision by WhatsApp to update their terms and conditions, sharing metadata with the rest of the Facebook group of companies. Respondents were surveyed on their level of concern around their privacy and general cybersecurity.

Some of the key findings were:

Get the full report! 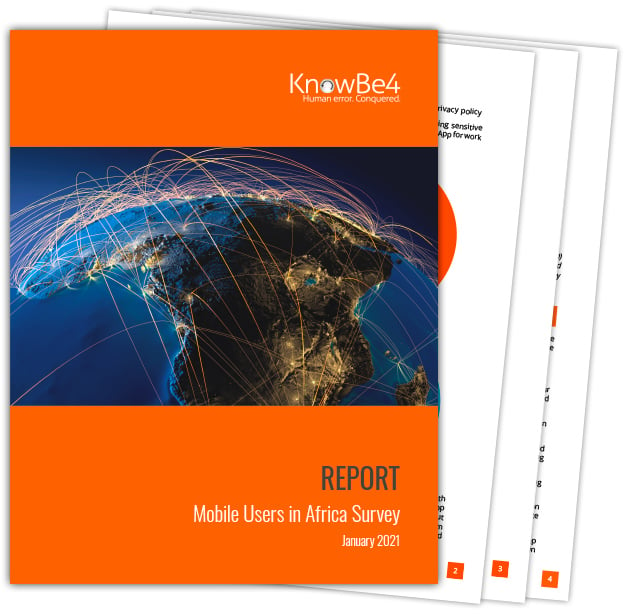 I want this report!